In today's digital age, everyone is getting fit on behalf of technology. Almost everyone is showing interest in coding or things related to it. Coding can be a better option for your career.

If you learn coding then you can make a better career.

If you also want to learn coding but do not understand how to start coding ? So today I will tell you about such apps using which you can learn coding and can also practice it together. 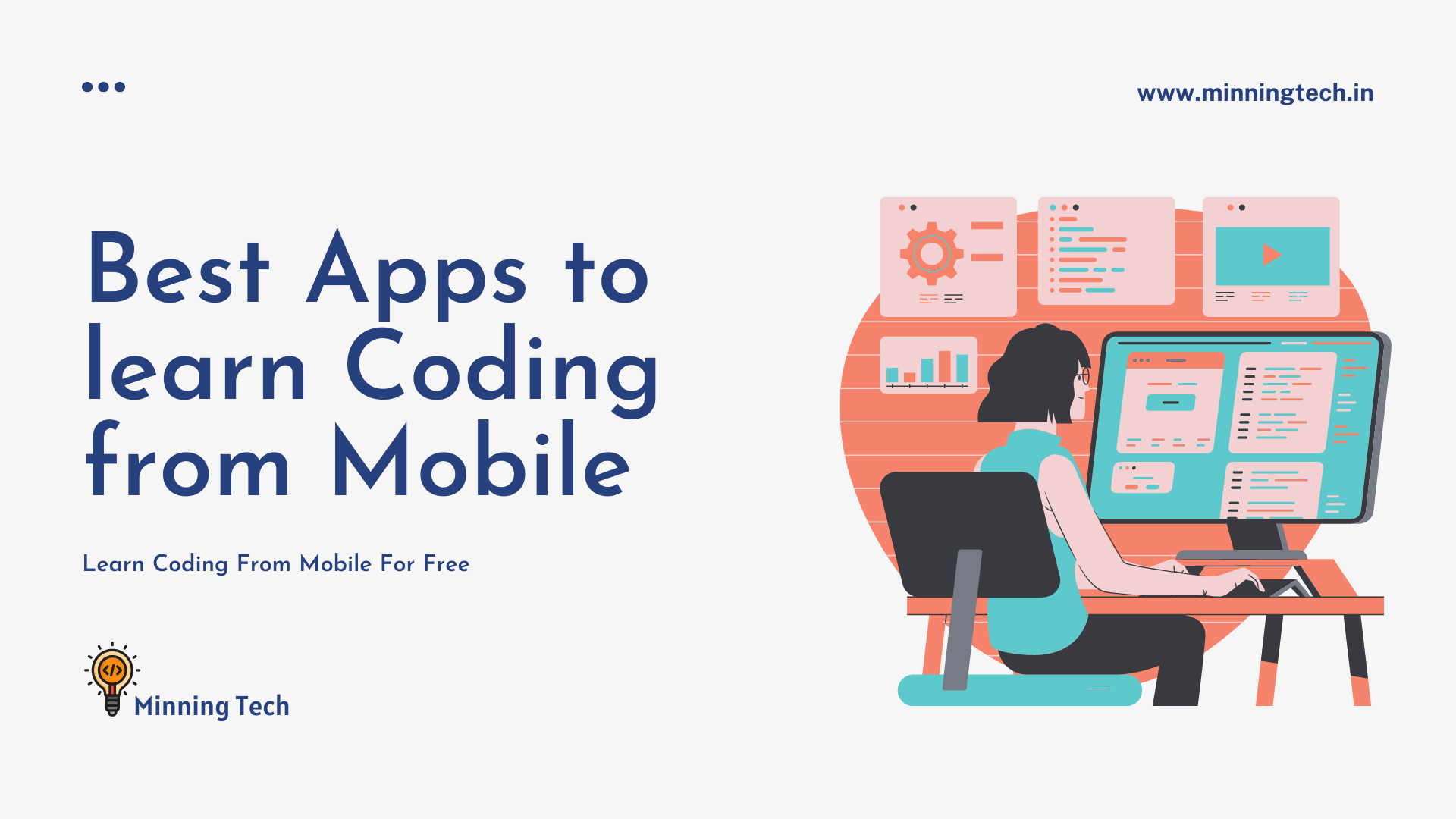 Note: Some Apps need Paid Subsription to Enroll some Courses, Most of the basic courses available for free

So today our first app is going to be named Solo Learn.

Solo Learn is an online mobile learning app that provides us free classes about 13 different programming topics. SoloLearn was founded in 2014 by Yeva Hyusyan and Davit Kocharyan, who are residents of California.

SoloLearn mobile application provides programming classes as well as quizzes so that students can track their progress.

When you complete a course on SoloLearn, a certificate is also given to you here which motivates you.

In SoloLearn Mobile, you have been given concepts as well as a code editor so that you can write your code in it and test it.

List of Programming Language that Available in SoloLearn App

If you   are looking for the best coding apps , then Mimo app can also be of use to you.
Mimo is a programming learning app that helps you to improve your programming skills. With the help of Mimo App, you can increase the skill of Web Development, App Development and Cyber ​​Security.
You can improve any skill according to your need.
If you are a beginner and want to get into the field of programming then Mimo App will help you a lot in this journey. Mimo App has created its content in such a way that even an advanced level person can read it from beginner.
You can write real code in the code editor of Mimo App, that too in your mobile. It is just like an IDE .

Enki is also a good mobile app that gives you a good platform to learn programming languages. Through the Enki app, you can improve your programming skills.

Enki app is for both beginners and advanced level so you can use it even if you want to start programming.

But even if you want to learn advanced level skills, you can still do so with the help of this app.

The developers of the Enki mobile app say that this app is your pocket coach. You can answer any question whenever you want.

The Enki app is available in both paid and free versions. You can choose its version according to your need. If you want to learn in deep then you can buy its pro version.

What can you learn from the Enki App?

Enki App provides you more than 1500 lessons in more than 20 skills. These skills are as follows:-

Today's number four app is Programming Hero. It is a very popular app which provides you platform for learning programming.
This app has a rating of 4.8 on the Play Store, which is considered very good.
You can guess from its rating that how popular it is and why its users give such ratings?
There are many courses available in the Programming Hero app, you can take a course in any language of your choice and become a master in it.
In the Programming Hero app, you are given super coins, gifts, badges etc. which make your coding learning journey enjoyable.
The Programming Hero app also provides you with an offline code editor tool. In which you can test your code by writing it.
In this app, you also get a community in which you can get answers to any of your questions.
You can solve the doubts of others. This will increase your programming knowledge which is better for you.
Download Programming Hero

If we talk about online programming learning platform, then the most important name in it comes from Code Academy.
Code Academy provides you with online programming tutorials.
By which you can learn coding.
Now Code Academy has launched its own app called Code Academy Go. It still provides you with similar coding tutorials.
With the help of this app, you can easily learn the concepts of coding and coding.
This app is available in both Paid and Free versions. You can use its version according to your need.

Available Courses Inside the App

What you will learn in Programming Hub App:-

So these were all the apps with the help of which you can learn programming.
If you do not have computer or laptop then you can learn coding from mobile also.
But this will be applicable only for some time because you will be able to understand only the basic concepts of programming from mobile.
If you want to learn coding in advanced level then you must have a laptop or computer.
Because you will be able to practice coding easily in this. So I believe that if you want to make a career in coding then you can take a second hand laptop on which you can do coding.
If you liked this article then do comment below. If you have any question related to this, then definitely ask in the comment box below, I will definitely answer your comments.
Thank you.

How To Create Stylish Sitemap

How To Create User Register Form Using HTML and CSS